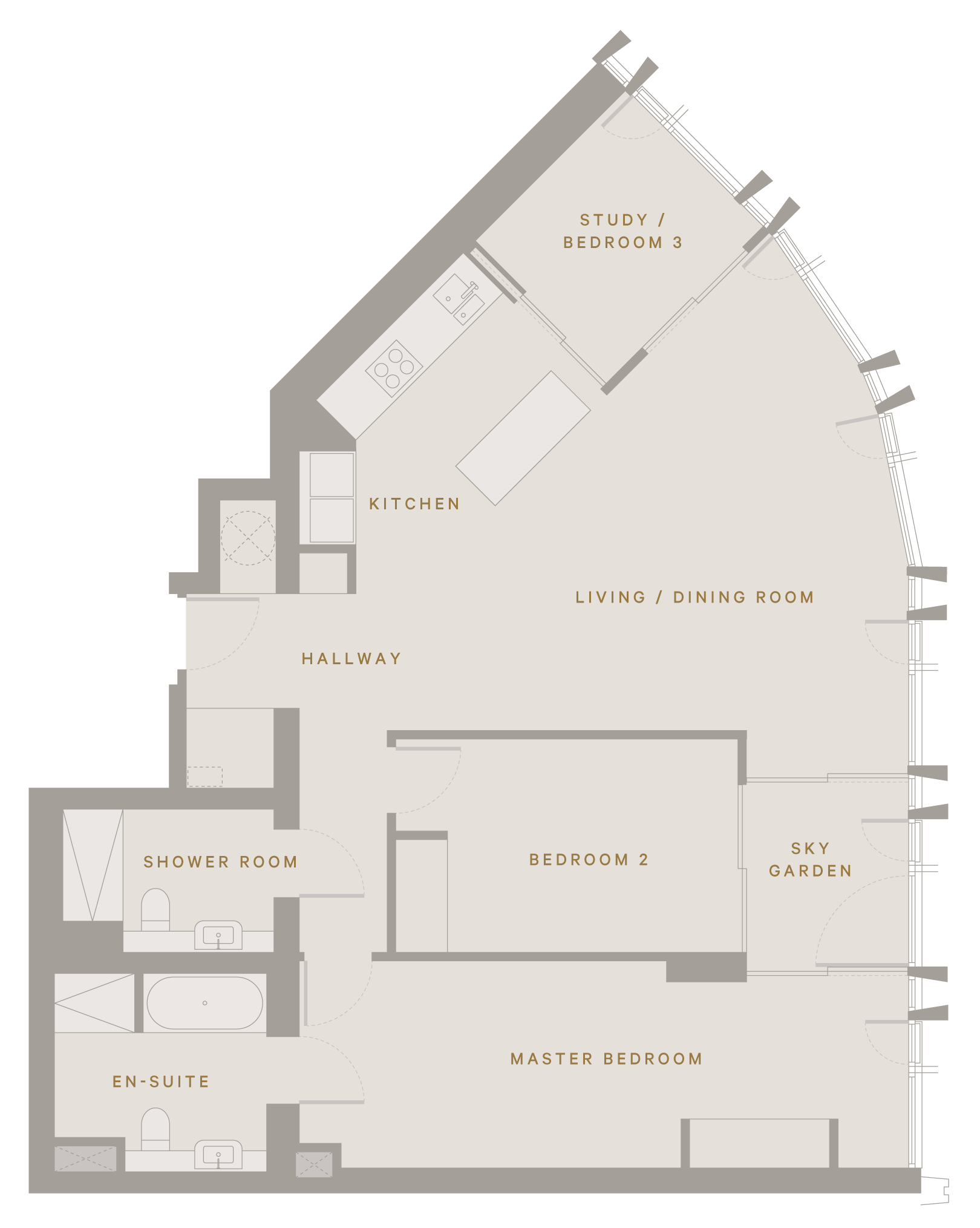 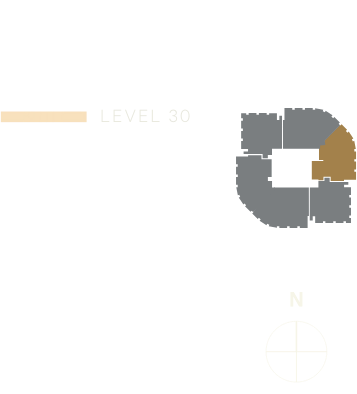 For the Cultured
and Curious

Southbank Tower’s cultural programme creates unique opportunities for residents to live amongst world renowned designers and architects, as well as providing unique experiences through its partnership with The Old Vic. 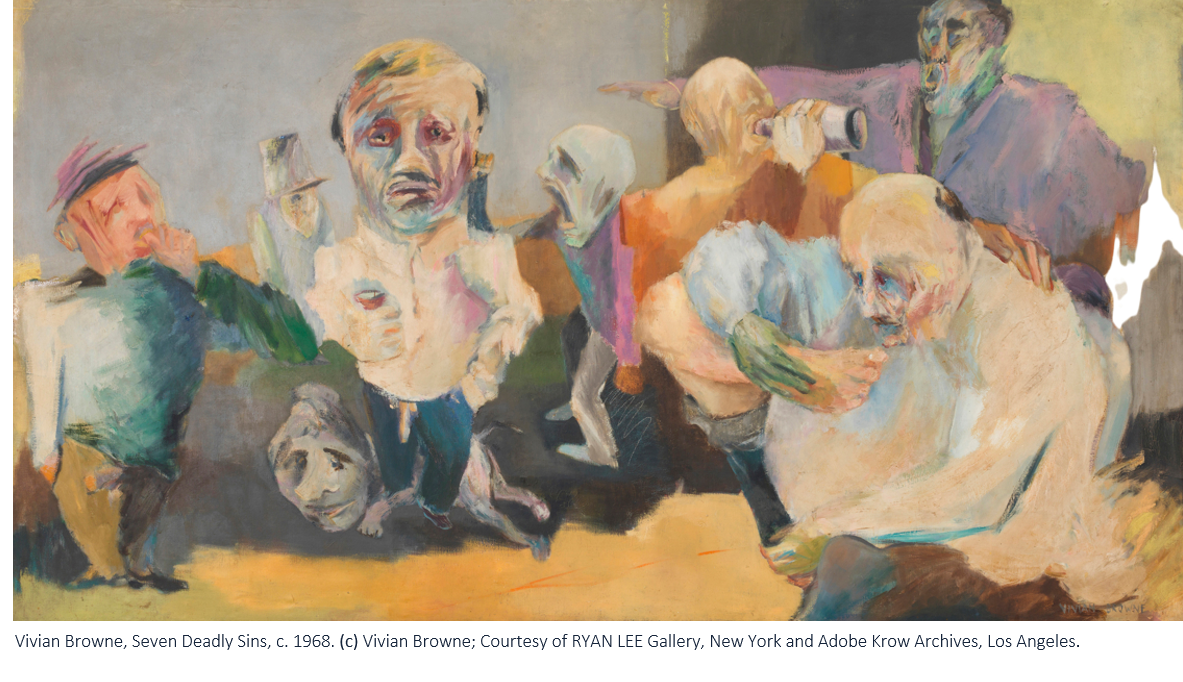 Half of the world watches online as America potently challenges its mayors, district attorneys and president to defund its police forces and convict those officers accused of murdering its black citizens. In parallel, institutions, private companies, and individuals are being called upon to examine their own contribution to a financial and social framework that favours black oppression. Adjacent to the struggle against police violence, those in power within my own industry are being asked: how representative are black artists in your programmes? How many black people do you employ in a position of authority and what are you doing to ensure they can thrive in an environment often rife with both open and latent discrimination? 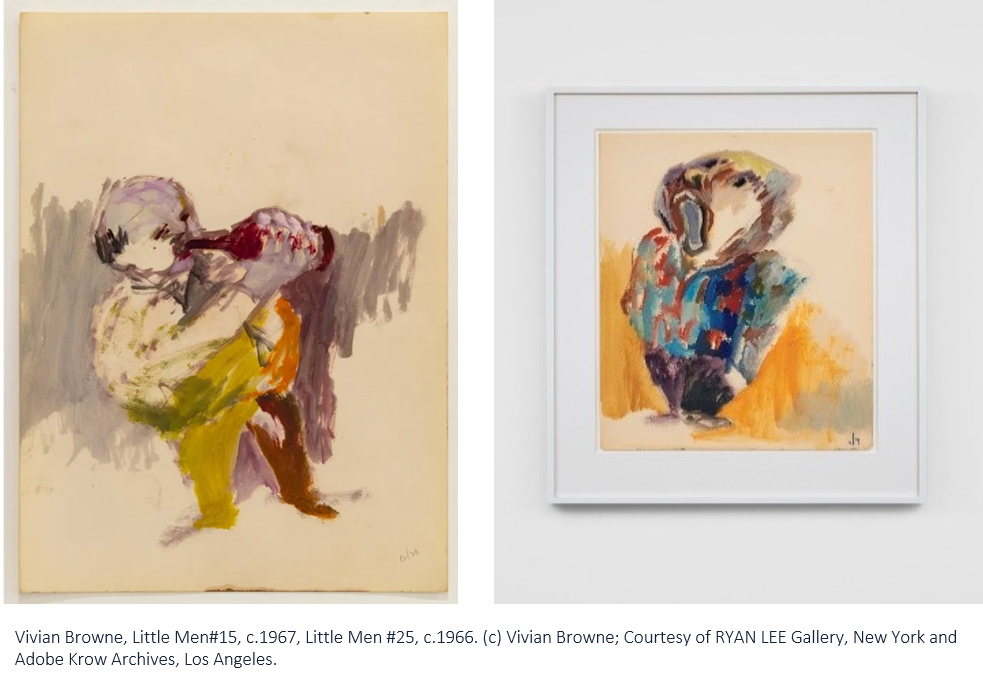 Predictably, these are not new questions within the American art world (nor, frankly, are they specific to this one country alone). Vivian E Browne, whose Little Men #25 hangs in Apartment 30.03, was an American painter, a black woman, and an early member of the Black Emergency Culture Coalition (BECC), a group founded in 1969 to redress problems of under-representation within New York museums. The coalition had twin aims: to add black artists’ work to museum collections and exhibitions; and to see black employees hired within their senior curatorial and executive departments.[1] Yet even as Browne formed a like-minded community of artists in BECC and also Where We At, a black female collective, her breakthrough work stood radically apart from her peers’ in its subject matter: rather than centering the black body, her figurative paintings depicted and critiqued white men.

Browne’s series, Little Men, comprised paintings on canvas and paper of white, male corporate workers in various stages of social, existential and violent meltdown. Some clutch bottles of alcohol as long as limbs, medicating, swaying or looking for a challenge. Others are presented frozen in a fit of anger or laziness, racist stereotypes conversely levelled at black Americans both then and now.

In the large-scale panorama Seven Deadly Sins, Browne lays bare her scathing critique: these thumbsuckers, tantrum throwers and rage-a-holics are denounced en masse. They lean on, crush and fade together as an at times amorphous mess. Together with an exquisite application of colour and expert toggling between abstraction and figuration, Browne produces a hazy psychological nightmare-scape, one that shares the formal synergy of an Ernst Kirchner or Francis Bacon. Browne noted that she produced these works compulsively, with each stroke expelling the paralysing, dominant white male culture, as well as the oppressiveness of her own father.

Recent years have brought a market and institutional re-evaluation of the works of black American artists who were once frequently overlooked, especially in relation to their great talent. Browne’s Little Men, while certainly exhibited in group shows over the years, was the subject of a 2019 solo show at Ryan Lee Gallery, New York, and was later shown internationally at Pippy Houldsworth Gallery in London. Amongst the recent banner exhibitions, the painter Kerry James Marshall’s Mastry retrospective travelled the MCA Chicago, Metropolitan Museum and MOCA LA; and the Tate Modern’s acclaimed Soul of a Nation: Art in the Age of Black Power toured four American cities. Auction results, museum shows and gallery exhibitions all tell a story of increased interest and representation for black artists (bringing some resulting problematics that are a conversation for another time). But the second goal of Browne’s now-disbanded BECC – a balanced representation in the role of senior curators and leadership positions – remains tellingly elusive. While on the one hand it may seem time for the formation of BECC 2.0, some may also ask, or frankly even insist: is it not also time for those who sit at the top to do this work themselves?

Arianna Nourse is a curator and art provider based in London. Her work with Southbank Tower included the curation of the art collection which presides in the ‘Furnished by Armani/Casa’ apartments. A bespoke and tailored apartment which produces a beguiling luxury living experience.‍

Your submission has been received!
Oops! Something went wrong while submitting the form.
© 2021 JTC ADVANTAGE UK LIMITED
PRIVACY POLICY